Single-sex education is less popular than it once was. Yet, there are still some high schools, predominantly those led by the Catholic Church and other faiths, that are set up to educate boys and girls independently. If you are thinking of sending your child to one of these schools, you should definitely take the time to consider both the pros and cons of same-sex education.

Pro: Children can be educated outside of gender stereotypes.

As hard as a teacher may try not to adhere to traditional gender stereotypes, this tends to happen in schools where both sexes are educated together. For example, boys may be called upon to do tasks that require physical labor, whereas girls may be asked to help clean or make treats. In a single-sex school, these stereotypes may be less apparent. The children will learn to complete tasks associated with both sexes, and the teachers won't accidentally be biased toward either sex since only one sex will be present.

Con: Children may not learn how to interact with the other sex as well.

There are men and women in this world, and as an adult, your child will need to know how to interact with people of both sexes and of all genders. Attending a same-sex school won't give them as many opportunities to develop these social skills. You can make up for this, in part, by ensuring they participate in extracurricular activities with the other sex, but some children may still graduate feeling ill-equipped socially.

Pro: There will be fewer distractions.

Especially once your child reaches the high school years, hormones will be raging, and their mind will be geared towards romance. Without the opposite sex present at school, they will be better able to focus on their studies. There may be fewer interpersonal conflicts in their friend groups since they won't be navigating dating relationships in school. You can allow them to date and interact with the opposite sex after school and on the weekends, if desired, but it won't be so central to their life.

Con: Separating children for educational purposes reinforces the idea that there is a difference.

Some feel that the mere action of separating boys and girls to educate them suggests that one sex is smarter or learns differently from the other. If your child gets this messaging from their teachers, it could play into dangerous stereotypes later on. Most single-sex schools aim to break this stereotype, but this is something to check on and ask about before enrolling your child.

For more information, reach out to all-girls Catholic schools in your area. 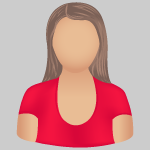 When my kids started going to public school, I was worried about sending them without being involved. To stay actively engaged, I asked their teachers for a spare textbook and a copy of the lesson plans. When my kids got home, we would go over all of the material again, so that I could make sure my kids understood the work. You wouldn't believe how much of a difference it made. Before we knew it, our kids were getting straight A's. My blog is all about teaching parents to invest in their child's education by spending more time at home.